Air GATO Enterprises, Inc. is located in mid Pinellas County in central Florida at the St. Petersburg/Clearwater International Airport.  This avails us the ability to reposition with a minimum of unusable “dead leg” flight time if your flight does not originate in the St. Petersburg area.  The Company is very self contained, not utilizing fractionated aircraft.  Fractionated aircraft come from a clearing house and may take a great deal of time to reach “our customer”.  Our staff handles all the requests for flights on a one on one, personal basis, with great emphasis on courtesy, expediency, and an attitude of personal care toward you, our special customer.

Our entire staff has come from aviation backgrounds and have been formally trained to the highest degree in assuring maximum customer satisfaction. 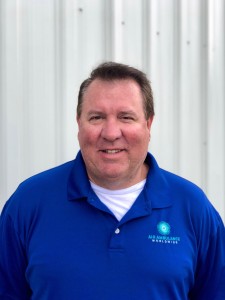 After serving in the United States Marine Corp, Brian Fanning went on to attend Embry Riddle Aeronautical University where he received his degree in aviation maintenance technology. After graduation, Brian went to work in the commercial airline industry where he would spend the next decade. During his tenure with the airlines, Brian received an abundance of training in Avionics and systems, hydraulics, sheet metal, advanced composites, safety, leadership and numerous other classes and awards while with the airlines.

After leaving the airlines, Brian took a supervisors position within the Air Ambulance realm where he has spent the last 12 years. Brian holds an Airframe and Powerplant License with an Inspection Authorization and has a vast knowledge of Lear Jet aircraft. Brian’s mission is to always put safety first, above all else. With over 25 years in the industry, Brian has been a great addition to our AAW team. 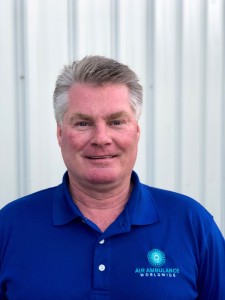 David R. (Randy) Conley began flying at the age of 16 and earned his Private Pilot Certificate at 18.

He studied Aircraft Avionics and Instrument Systems at Spartan School of Aeronautics and graduated in 1985. After a few years of owning and operating an FAA Approved Repair Station he set out to become a Professional Pilot eventually flying passengers for a Regional Airline, freight for a FEDEX contractor, passengers again for a Fractional Ownership Program and eventually landed at Air GATO Enterprises, Inc.

Randy began his association with Air GATO in March of 2013 as a Piaggio Captain. He was rapidly appointed the position of Chief Pilot, and within a few short months, accepted the position of Director of Operations. His forward vision changed the culture at Air GATO and he began assembling the team of professionals we have today.

Instrumental in obtaining the necessary approvals to operate Jet Aircraft on the Air GATO certificate, Randy is now an FAA approved Check Airman on both the Piaggio and Lear Jet Aircraft. He maintains a full flight schedule and depends heavily on his hand-picked team of Aviators and Operations Personnel to maintain the highest safety standards in the industry. 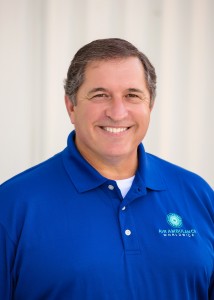 As Director, Flight Operations and VP, Flight Operations, he has been successful in helping organizations attain a high level of harmony and integrity within Operations. His ability to build and maintain relationships from field operations to C-Level decision makers has been the basis to delivering results.

Mr. Cline developed innovative strategies that led to successful implementation of company-wide policies and procedures to ensure safety and improve satisfaction of employees and customers.

His effective and professional collaboration with the FAA has been fundamental. As FAA required management positions of Chief Pilot and Director of Operations, Mr. Cline has worked closely with the FAA and Company Maintenance and Safety personnel to ensure compliance with both FAA regulations and Company policies.